If taking on the streets is the name of the game, nothing does it better than the new Triumph Speed Triple S. The new Speed Triple S is more than just a force of nature, it brings unmatched performance, character, style, quality and practicality where it matters – on real roads, in real riding conditions. The aggressive silhouette of the new Speed Triple S houses our acclaimed 1050cc triple engine, tuned to deliver a fist full of linear torque for real-world thrills and top-end performance. It is housed in a chassis engineered for rider engagement and is packed with the latest rider technology. Building on its legend as the original factory street fighter forged 21 years ago, the new Speed Triple S truly has come of age.

The character of a streetfighter and an aggressive hunkered down stance displays its intentions. The rich characterful unique burble of the all-new 1050 triple engine at idle hints at what’s in store. “Track” rider mode is set… You snap open the throttle, drop the slip assist clutch and unleash the Speed Triple’s wall of torque… #UNLEASH THE THRILLA NEW BALANCE OF POWER, PRECISION AND PERFORMANCE

In 1994 we launched a bike that ignited a segment, defined a category and gave birth to the term Streetfighter. Over the past 21 years it has evolved but stayed true to its roots through its brooding minimalist stance encasing a thrilling Triumph Triple engine delivering a perfect balance of POWER, PRECISION, CHARACTER AND PERFORMANCE.

So how to make the new generation even better… with eye catching lines, billet machined components, stick-to-the-road Öhlins suspension on the R , incredible stopping performance from Brembo Monobloc brakes… add to that cutting-edge rider-aid technology combined with fistfuls of torque and real world power from the all-new 1050cc Triple engine, tuned for ultimate performance…we believe that’s how.

Engine
Our all new 1050cc triple engine incorporates 104 new developments that deliver More Power, More Torque and More Responsiveness, where the merest twist of the ride by wire throttle delivers an instantaneous wave of torque and a truly heart thumping surge of acceleration.

New ride by wire throttle bodies, new ECU, new cylinder head design, new combustion chamber, new header design, new fuel delivery system, new slip assist clutch, new crankshaft, new airbox… equals an all-new engine with a smaller, narrower profile and delivering the ultimate road riding experience. A guaranteed thrill for anyone who rides it.Configuration
A wall of pure linear torque and real world riding power is in your grasp and the Speed Triple’s new engine is tuned to deliver more than ever. When you wind on the power the all new free flowing under seat exhaust system unleashes the rich characterful roar unique to a Triumph triple engine… for all around you to hear.

The three-cylinder all new 1050cc engine in the Speed Triple delivers the ultimate real world riding experience. The delivery of the acres of full range torque is controlled by you. For the first time, five selectable rider modes have been added that allow you to select how the power is delivered in conjunction with the very latest rider focused technology that includes: throttle mapping, traction control and ABS. The modes include: Rain, Road, Sport, a map that is configurable by you and a fifth, Track mode for well…the Track.

The all new under seat exhaust system is not just a thing of beauty, it is lighter than its predecessor, 70% freer-flowing and tuned to unleash the rich characterful roar unique to a Triumph triple engine. 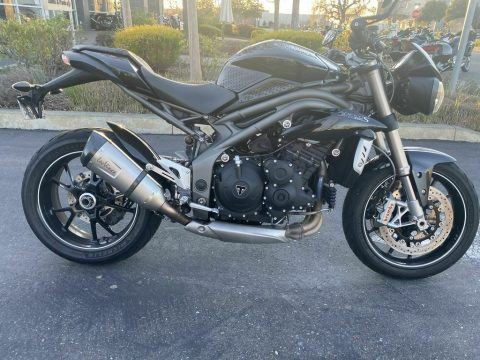 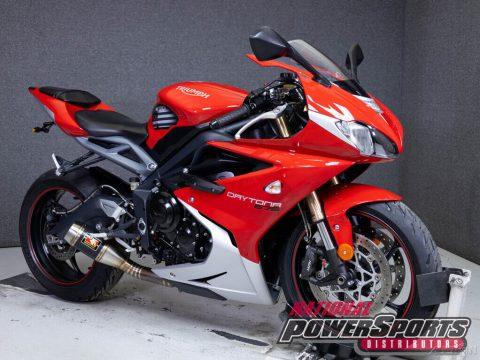 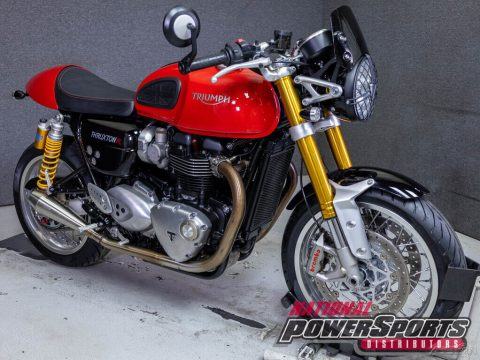 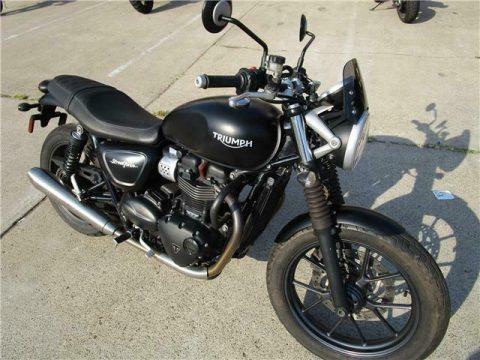 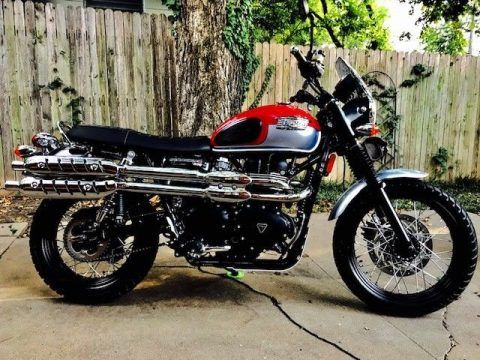