This Trident is predominantly original with a patina consistent for it’s age. A running bike that can be ridden as-is or an excellent candidate for restoration. It’s a one-owner machine with just over 16,500 original miles on the odometer. Original paint is faded with requisite scratches and a few small dents in the tank. Chrome is ok with some pitting on the headlight, fenders and exhaust. Chrome on front wheel is nice, rear has some rust and pitting. There is also some rust here and there on the frame. Seat is solid with no rips or tears. All telling its story for the last 45 years.

After a long period of storage, the bike was “dug out” in 2017 and re-titled in 2018 by it’s original owner. For some reason the title states it’s a 1977 but the date of manufacture is April 1975. Perhaps it was a leftover and originally purchased in 1977? DMV mistake? We don’t know. Either way the VIN is correct on the title and consistent with Triumph VIN numbers for a 1975 Trident T160 (D = April and K = 1975). It is a numbers matching bike and the mileage is exempt on the PA title.

Mechanically, it’s pretty much all there. Starts right up (upgraded Madigan hi-power electric starter!), shifts smooth and brakes reasonably well. All electrics work with exception of the neutral and high-beam idiot lights on the dash (bulbs?). After being stored in 1991 with a little over 10k miles, the bike had been resurrected in 2017 with some extensive work to get it back into riding condition. Since then it has been ridden a little over 5,000 miles. As with any vintage British bike, it does leak a little oil. 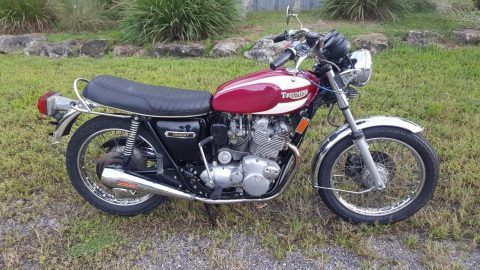 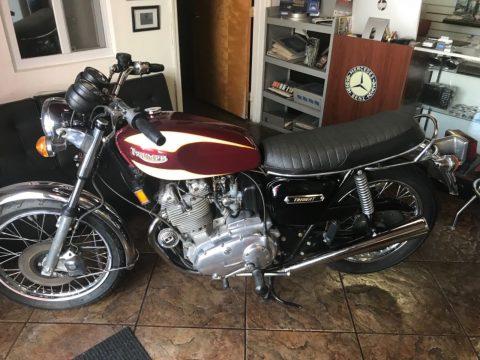 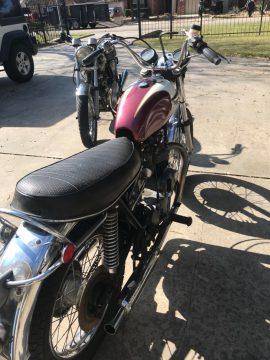 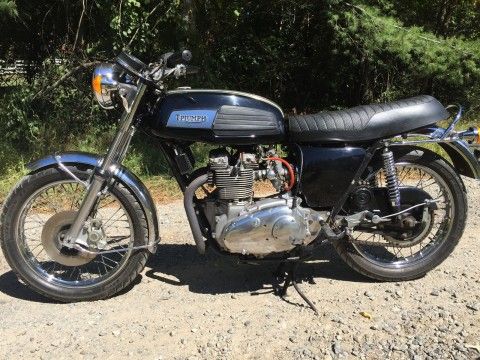 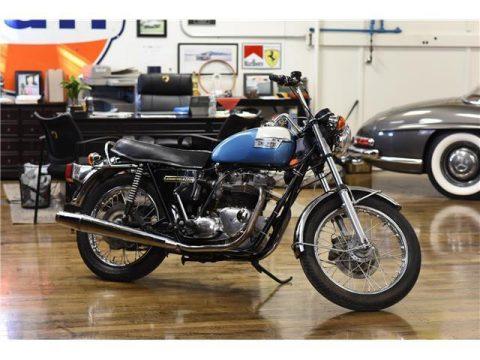